1. Adoption of minutes for the 2017 AGM. Moved and seconded.

3. Lake Monitoring report – Howie MattfieldThe small team of volunteers continue to test and report their findings for both the big and little lake. Marg Sidney has officially retired now but will try to continue to assist the group. BC Lake Stewardship Society (BCLSS), MOE, Provincial Lake Network Program might all be combined into one society in the future. Mike Socale in Penticton is the new contact for the monitoring program. The large lake will continue to be monitored regularly between ice off and ice on period. This information will be sent to the LLJCA. Significant changes have been evident in both lakes including the reduction in visibility and oxygen levels. Becoming a part of the watershed membership should still be looked at. Greg Louvros and Jim are interesting in finding out more about it. There may be funding through MOE and the TNRD. A committee will be formed to further investigate this and the funding aspect. Perhaps Marg will be interested in being on this committee. The watershed study includes the entire area around the lake including streams and would include stream enhancement. MOF (forests) may have program to assist with stream enhancement. Ontario has a group that we know of that did a project of this type but it was a lot of work and had many volunteers. Of course, improving the watershed will improve the lake and our water quality.

**Volunteers are still needed to assist in the monitoring. The time commitment is once per month, 1-1.5 hours, always in the daytime and in good weather conditions only.**

4. Water conservation was briefly brought up by Cindy Swain. She suggested we could work with REWIS (for the subdivision) in posting water conservation tips on line like low flow toilets or adhering to specific watering times but have this directed at all citizens of the community.

5. Increasing the bat population was also brought up by Cindy Swain. She has been in contact with Doug Burles who is registered with the BC Community Bat Program which is also part of the Kamloops Naturalist club. He provided two pamphlets for us to distribute: one is about building a bat house and the other about moving bats from your home if that is an issue. According to him, LLJ should have a good population but with the terrible summer we had with insects this past year, any improvement in numbers of bats would be beneficial. Some people had success with bat houses while others did not.

Steve also added a few information items to add to the meeting:
He can bring people Mason Bees from his place at the coast. He has brought up some and housed them in tube nesting houses with much success. They do not produce honey but are excellent pollinators.

He also has a few LLJ t-shits available. He will make them available for a donation to the Conservation Association. As well, if anyone is interested in obtaining more LLJ glass wear, at a price of approx $5.60 per glass. Contact Steve if you are interesting.

7. BC Parks – Michelle Weibe. Michelle was able to attend the AMG and has been working with BC Parks since 2007. She managed 19 Provincial Parks in our area and is the area supervisor. Proceeds for the BC Parks license plates actually does go to PC Parks and this year it enabled her to have Rangers this year which is the first time in four years. She provided a newsletter for our perusal.

8. Invasive Plant Program – Dr Catherine Tarasoff. TNRD continues to offer the bio control program for its area and the spotted knapweed is still a concern. A specific type of weevil is used to eat the root system which over time, makes the weed smaller and smaller. The TNRD has a invasive plant control committee and she has suggestions how to start the eradication exercise in our area:
a.    Determine perimeter of area on a map
b.    Determine priority values (high/med/low)
c.     Determine risk rating of invasion (high/med/low)

This process will narrow down the scope of need and will determine where to start. Resources can then be put towards this process. She also suggested we determine:
a.    What resources we have (volunteers) and
b.    How much time do we allocate.

This will all assist in our community weed management plan. Catherine will be our contact to assist. The more the community is involved, the better change to eradicate invasive weeds. If LLJ does this, it will be the first community in BC. She also suggested a “BioBlitz” which is taking one hour, one day, or one week and concentrating on one area to get the ball rolling. This can also be done for bird counts, amphibian, mammal or plant recognition. She also has a concern about Erasion Millfoil in our lake and preventing it from entering our water system. Even signs at the boat launch to education boaters would be a good idea. Anyone interested in this, please contact Corinne Schock.

9. Wildfire Prevention planning needs to be addressed again. There is more work to be done in clearing in our area. Funding is being made available from the Provincial Govertnment. Although Clay Govett wasn’t able to attend the AGM, he is looking into this and the contact person to volunteer. More information will be posted on the blog.

10. TNRD – Ronaye Elliot: Ronaye had a donation cheque for the LLJ Conservation Association which she presented. The invasive plant issue was again brought up and the need for a committee. The TNRD voiced their concerns with the various GOVT Ministries and the lack of progress or accountability and the GOVT listened and has made funding available to assist with this.

Ronaye isn’t satisfied with the new recycling provider but we need to make ourselves aware of the new procedures and follow them. To not do so will result in the TNRD being fined. Jamie Vieira is the manager of the TNRD solid waste dept.

There has been a huge change with the regulation of volunteer fire dept in the TNRD district. The TNRD can no longer assist in funding the volunteers and have to own the dept outright. The TNRD will be taking over five such departments to ensure they continue to assist citizens in their areas.
There is also no funding available to small, private water systems like the LLJ REWIS. The IHA will continue to monitor as per the Canadian Drinking Water Standards act and work will have to be done to improve the system as the standards continue to get more stringent. Small water systems may not be able to sustain themselves and will have to be taken over by the TNRD. Ronaye does not agree with this and would like to avoid this.

There is federal money available, however, for trail improvements which we should look at. 18% of the taxes received through the TNRD are from our area.

Sylvia has made the information and registration for the Bear Spray workshop available on the blog and the facebook page. Please register asap as it is being held Sept 13th.

Corinne Schock announced that since her house was for sale, she would be stepping down as president but will remain on the Association board. No one stepped forward so Cindy Swain was elected President. The Vice-President position will remain empty until next year’s AGM. Also, an Area Rep for the Little Lake is needed.

Quick reminder! The TNRD Mobile Library will be in Lac Le Jeune Friday, September 21, from 11:00 to noon. It pulls in beside the community bulletin board and mailboxes.

Posted by Lac Le Jeune Community at 2:09 PM No comments: 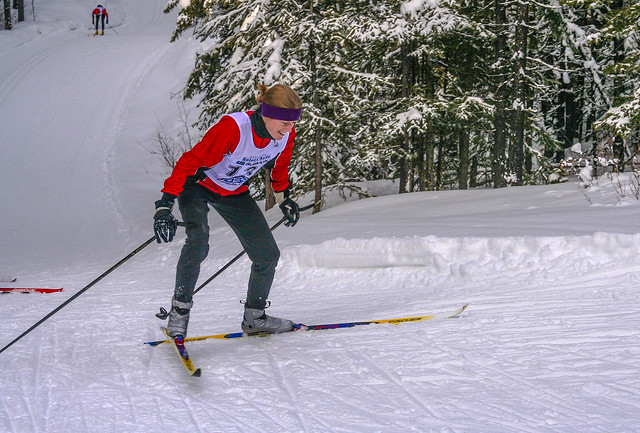 Posted by Lac Le Jeune Community at 7:32 PM No comments:

Posted by Lac Le Jeune Community at 7:12 PM No comments:


As we continue efforts for fuel modification in our community, we will be working on an up-to-date Wildfire Prevention Plan.

We are looking for volunteers to assist with this process. There are several resources available and models to follow from communities that have been successful in implementing an effective program.

If you are interested in becoming involved please contact Contact Clay Govett at gmail dot com
Posted by Lac Le Jeune Community at 7:26 AM No comments:

Posted by Lac Le Jeune Community at 12:26 PM No comments:

There will be a snacks and refreshments for LLJCA families and guests.

Posted by Lac Le Jeune Community at 12:12 PM No comments: