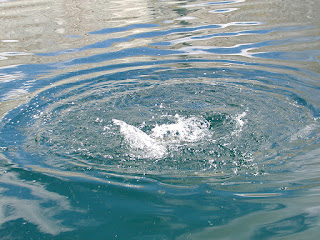 In September, following the Annual General Meeting of the Lac Le Jeune Conservation Association, a group with representation from all around the lake (Howie Mattfeld, Bev Lorimer, John Krawchuk from Ridgmont, Jeff Perry from the Little Lake, Hugh Burton from the Big Lake, Pam Sheridan, Bob Brown, Jim Phillips and David Wyse from Lookout Road) met to discuss the proposed development below the old ski hill. One outcome of this meeting was the formation of a "working group" made up of Bob Brown, Hugh Burton, Jim Phillips and David Wyse. The objective of the working group was to try to ensure that the quality of the water that we all take from the lake was not negatively impacted by the proposed development. In order to do this, the working group set themselves a few tasks including:

The group as a whole agreed that we were not opposed to the development but shared a concern about preserving the water quality.

After four or five meetings of the working group, a letter to the TNRD was finally drafted and sent in December, 2011 with copies to relevant federal and provincial ministries. The full text of this letter can be found on the Lac Le Jeune blog and is on the bulletin board at the dump. We received a letter from the TNRD simply indicating that they had received our letter in January.  In late February, we were contacted by Marge Sidney from the Ministry of the Environment Water Quality Section inviting us to participate in a program that would begin to monitor the water quality of the lake. Marge also suggested that we should become members of the B.C. Lake Stewardship Society which we have done. Membership in this Society provides us with a network of support and information. It also provides us with one Secchi Dish (used to monitor the clarity of the water) and insurance for volunteers who participate in the monitoring program.

Marge came up to the Lake on the evening of April 4th and met with the same group that had met initially.  Gregg Lindros also attended this meeting. At this meeting, Marge outlined what is involved in a monitoring program. There was enthusiastic support from the people who attended the meeting.  Subsequent to that meeting, Marge informed us that she has come up with some funding to help support a more sophisticated level of monitoring. (Eventually, we hope, with Ministry of Environment support to extend our monitoring program to the watershed.) Howie Mattfeld contacted our Area J representative from the TNRD and was able to procure a grant of $1000.00 to pay for a water meter which will enable us to easily measure temperature, oxygen content and conductivity. It is critical that we begin a monitoring program. The most recent data on the lake comes from the mid-nineties and the bulk of the data used by the developer's environmental assessment is 35 years old.

The working group met with Dan Wallace from the TNRD, Don Holmes, a retired water biologist and author of the developer's environmental assessment and Gregg Lindros at the TNRD offices on April 23rd. Mr. Holmes wanted an opportunity to respond to the concerns we raised in our letter.  Little was learned from this meeting. Perhaps one concession made by the TNRD and the developer's representatives is that the Little Lake should be seen as a separate lake from Big Lac Le Jeune. Given that concession, the TNRD guidelines place Little Lac Le Jeune in the "Critical Category" with no further development allowed. Given it's size, according to the guidelines, there should be no more than 20% perimeter development. Already the Little Lake exceeds that guideline by between 200% and 250%.

It is clear that the guidelines have very little significance (after all, "they are just guidelines".)  We were told at the April 23rd meeting that the criteria used to monitor development by the TNRD have been replaced by more "scientific" parameters. Despite repeated calls by us for clarification of just what these scientific parameters are, we received no response. We did, however, receive assurances that everybody has the best interests of Lac Le Jeune in mind and would do nothing to harm the environment in any way.

Once the ice comes off the lake, Marge Sidney will come up to provide training in using the monitoring equipment and recording the results. It would be great if we could get teams of people from all around the lake to participate in this program. The more knowledgeable we all become about living by a lake the better off we all will be. Watch the blog for more information.
Posted by Sylvia Currie at 3:14 PM No comments:


The purpose of these workshops is to provide specific project-related information to community members based on area of concern and to actively engage community members in the assessment process and project design.

Note pre-registration is required.
Posted by Sylvia Currie at 6:22 AM 1 comment: