To add to the list of recent thefts around Lac Le Jeune, Bob Willis reports that some small items were recently stolen from his dock area on Water Street. This seems to be a trend around long weekends. Be sure to lock up! And remember that good neighbours can be your best protection, so keep in touch about your travels and watch for suspicious activity on your street.
Posted by Sylvia Currie at 7:24 PM No comments:

Email ThisBlogThis!Share to TwitterShare to FacebookShare to Pinterest
Labels: crime

You never know what you'll find inside a bird house, especially in Lac Le Jeune. 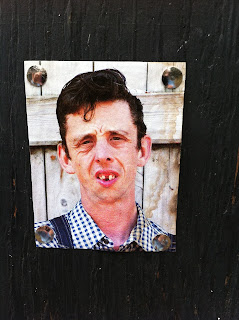 Posted by Sylvia Currie at 8:52 PM No comments:

Email ThisBlogThis!Share to TwitterShare to FacebookShare to Pinterest
Labels: curiosities

How to greet a dog

Earlier this year I attended an excellent 2-day seminar facilitated by Dr. Sophia Yin, an internationally-acclaimed veterinarian/animal behaviorist. It was organized by 5-Star Dog Training and held at Thompson Rivers University. Dr. Yin offers many free resources to educate vets, other dog handlers, and the general public about how to greet and interact with dogs. With so many dogs around Lac Le Jeune, I thought I would share this illustrated poster on how to greet a dog. You'll probably recognize several scenes in the what-not-to-do column. I think the most common misconception is that you should reach your hand out for the dog to sniff.

Posted by Sylvia Currie at 3:23 PM No comments: 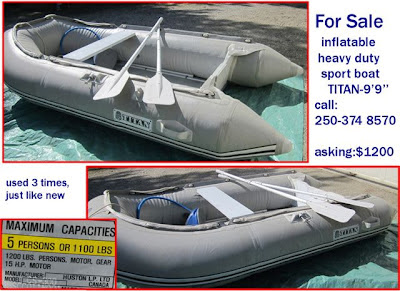 Posted by Sylvia Currie at 9:10 AM No comments: 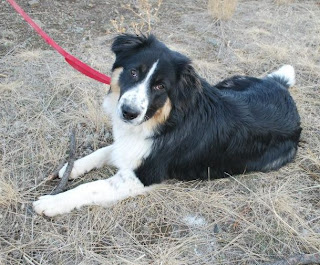 Submitted by Sonia Walczak
Posted by Sylvia Currie at 8:13 PM No comments:

Email ThisBlogThis!Share to TwitterShare to FacebookShare to Pinterest
Labels: pets

Effective at 12 noon on Tuesday, May 15, the size of open fires will be restricted in most of the Kamloops Fire Centre to help prevent human-caused wildfires and protect the public. Read more at the BC Wildfire Management website.

Also of note, since April 1, Kamloops Fire Centre crews have responded to wildfire incidents covering approximately 300 hectares. Many of these wildfires resulted from poorly planned open burning. Everyone conducting open burns are encouraged to read this information bulletin.

Posted by Sylvia Currie at 2:52 PM No comments:

ICE OFF - the sequel

Thanks once again to Steve Roy for capturing the moments leading up to ice off on the Lac Le Jeune webcam. Get out the popcorn!

Email ThisBlogThis!Share to TwitterShare to FacebookShare to Pinterest
Labels: ice off

There appears to have been a significant winter kill on the little lake, which explains the presence of so many eagles recently; they were gorging on the dead fish that were trapped in the rotting ice last week.

Hugh Burton shares some information about the biology of this phenomenon:


Winter kill results when oxygen dissolved in the water decreases below the point at which the fish can still retain life function. This degree of oxygen depletion occurs when the level of organic material in the water exceeds a critical level. The organic material is made up of dead leaves, trees lying in the water, dead: reeds, bulrushes, aquatic plants, and most significantly dead microscopic plants (phytoplankton) and dead microscopic animals (plankton). As these dead organisms decay the process uses up the oxygen present in the water releasing gasses such as carbon dioxide, hydrogen sulphide and methane. When the lake is covered with ice, the water beneath it is relatively static, and of course there is no surface area open to receive replacement oxygen. Natural water flow from inlet to outlet as well as mixing due to wind action is important in the maintenance of oxygen levels and these are reduced during winter conditions. Shallow eutrophic lakes (those with a high natural organic content) are particularly subject to winter kill as there is a much higher level of biodegradation occurring. This leads to a critical loss of oxygen and high level of resultant toxic gases and consequent die off of those animals that have the highest demand for dissolved oxygen. The longer the ice on period the more critical this becomes. Once the fish start to die under the ice they too begin to decompose further contributing to the oxygen depletion and toxic gas accumulation.

This recent evidence of winter kill goes a long way to supporting our concerns for Lac Le Jeune water quality, particularly for that of the little lake.
Posted by Sylvia Currie at 9:57 AM No comments:

Let the records show May 8th as ice off day for 2012. And, for the record, apparently our records for the history of ice off aren't accurate, but we're still waiting for someone to come forward with a revised list. Anyone?

Posted by Sylvia Currie at 8:00 AM No comments:

Email ThisBlogThis!Share to TwitterShare to FacebookShare to Pinterest
Labels: ice off

After a long, quiet winter, most of the residents at Lac Le Jeune are anxiously awaiting ice-off. Even the birds have been very busy out on the remaining ice, eager for spring and summer to arrive. Earlier this week there was plenty of activity to observe on the Little Lake. At one point, I saw five eagles together on the ice. Watching the wildlife here is what makes Lac Le Jeune an exciting place to live! 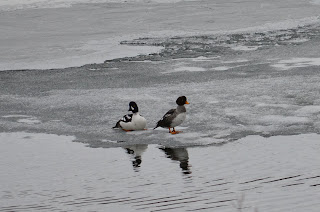 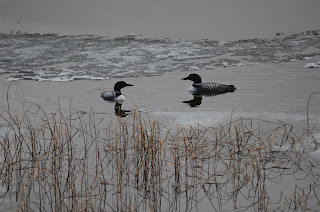 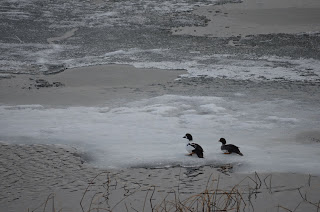 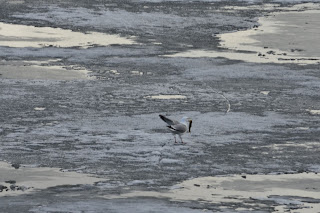 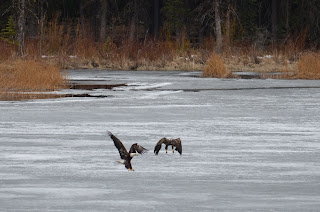 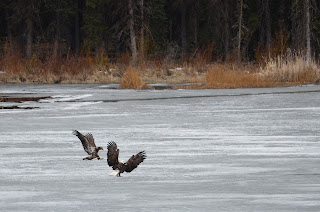 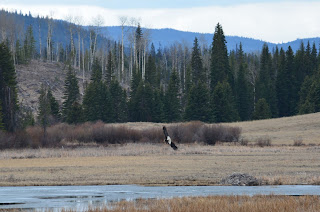 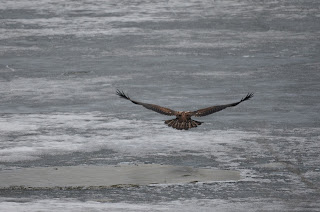 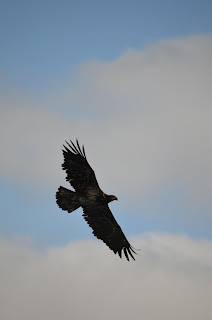 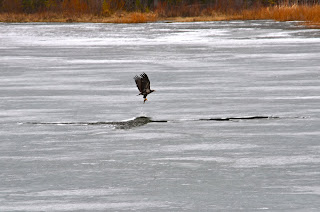 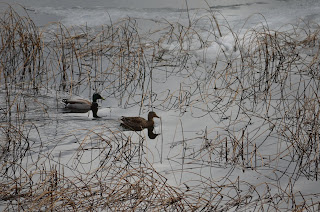 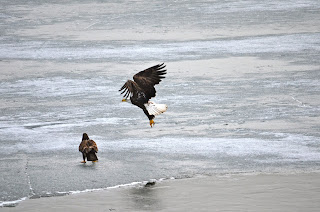