Following the Annual General Meeting of the Lac Le Jeune Conservation Association, held on September 17, 2011, a group of concerned Lac Le Jeune residents met at the home of David and Kathy Wyse on September 29th. The purpose of the meeting was to discuss the potential impact of the proposed development above the Little Lake on the water quality we all rely on. The meeting was attended by permanent residents from all around the lake, including the Big Lake, the Little Lake, Ridgemont and Lookout Road. The result of the meeting was that a working group was formed made up of Bob Brown, Hugh Burton, Jim Phillips and David Wyse. The purpose of the working group was three fold:
The working group met a number of times in October and November to share and discuss information they were studying. The executive of the Lac Le Jeune Conservation Association was contacted about the work and purpose of the group and the working group was designated as a sub-committee for the Association whose mandate was the same as the purpose of the group.

On December 11th, a letter was sent to the TNRD outlining our concerns.  (A copy of this letter can be seen on the Lac Le Jeune blog as well as on the bulletin board at the dump). Copies of the letter were sent to different departments within the Ministry of the Environment and to the Department of Fisheries and Oceans. We received a letter from the TNRD acknowledging receipt of our letter but no other responses for two months.

On February 29, 2012, we received an e-mail from Marg Sidney who is with the Water Quality Section of the Ministry of the Environment. In her e-mail to us, Marg indicated that Lac Le Jeune had been "on her radar" for some time and asked if there would be interest in beginning a water monitoring program for the lake(s). She also told us that before a water monitoring program could begin we would have to join the B. C. Lake Stewardship Society (BCLSS). The $40.00 group membership fee included a Secchi Disc worth $45.00 as well as insurance for volunteers involved in the lake monitoring. The executive of the LLJ Conservation Association approved membership in the BCLSS.

Our first meeting with Marg Sidney was held on April 4, 2012, when Marg described what was involved in a monitoring program. There are five levels of complexity involved in a lake monitoring program beginning with simply recording the temperature of the lake and doing a Secchi Disc reading.  Levels two to five increase in complexity with the fifth level involving a full-blown assessment of activities that occur within the watershed that feeds into the lake that could have potential impact. Because of the interest and commitment shown by our group, Marg felt that we could begin monitoring at the third level which involves Ministry funding to pay for an analysis of the water samples we are providing to the Ministry of the Environment.  Following this first meeting with Marg, Howie Mattfeld contacted our TNRD Area J representative to see if the TNRD would provide a grant to pay for the water meter needed to conduct the monitoring we are doing. After a bit of discussion back and forth with the TNRD, they agreed to purchase the required equipment and contributed close to $2000.00 to cover the cost.

Hats off to the grey haired group of volunteers who have committed to the monitoring program for the next three years (Bob Brown, Hugh Burton, John Krawchuk, Howie Mattfeld, Jeff Perry, Jim Phillips, Casey Sheridan and David Wyse). Hugh Burton has graciously agreed to coordinate this program. Anybody else interested in helping would be more than welcome (training provided!).

Over the past few years our resident anglers have reported a number of factors that have given rise to a heightened level of concern about the health of the lake.  These include significant changes in:
The purpose of the water sampling is to attempt to determine what is causing these changes at an early enough stage so that appropriate corrective action can be taken.

The level three protocol aims at providing data on:
The fact that this was the first recorded fish winter kill indicates that the overall health of our lake is not good. The big lake is probably reasonably safe for the foreseeable future but the little lake, where the kill occurred, is already at a critical point. It is shallow, has a very high biomass index (lots of plants and phytoplankton), has a low flow rate, hence poor exchange for the volume of water present, and receives water from a populated water shed and from roads adjacent to it.

It is our hope and that of the Ministry personnel, that our three year study will allow us to counteract the adverse conditions that have led to the present state and to make educated, constructive and timely recommendations that will ensure continued viability of our beautiful and valuable resource. 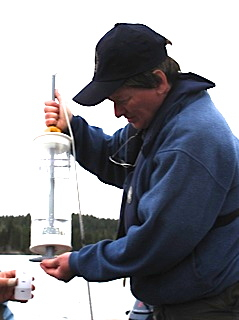 Marg Sidney, who is with the Water Quality Section of the Ministry of the Environment. 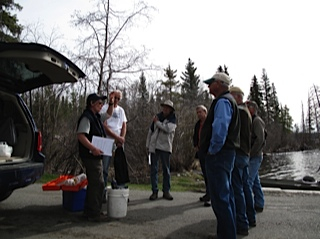 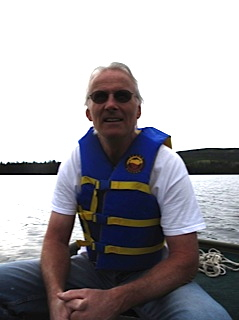 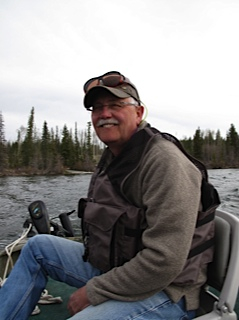 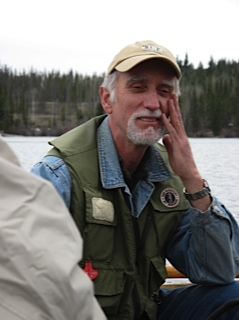 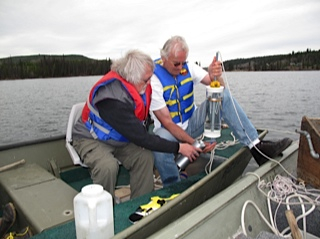 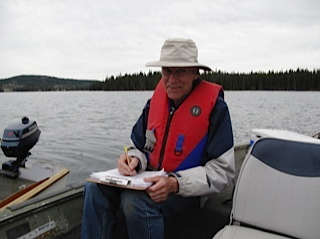 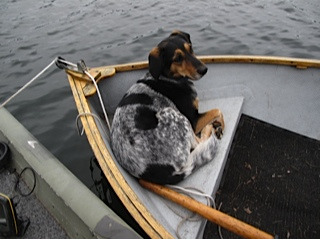