A motor was stolen from a boat docked on Water Street this past weekend. Be sure to lock up your boats and equipment, and continue to report any suspicious activity to the Logan Lake RCMP.
Posted by Sylvia Currie at 8:27 PM No comments:

Email ThisBlogThis!Share to TwitterShare to FacebookShare to Pinterest
Labels: theft

Suspicious Truck on the Gus

Occasionally motorized vehicles appear on the Gus Johnson trail. On Saturday a pick-up truck appeared at the top of the Gus close to Lookout Road. The driver, a young male, claimed that he hadn't seen any signs along the way about motorized vehicles being prohibited. He was accompanied by a young female and they had driven in from Rossmore Lake.

They may have been lost, but what was suspicious was that the truck had no license plates.

Any other reports about this vehicle? 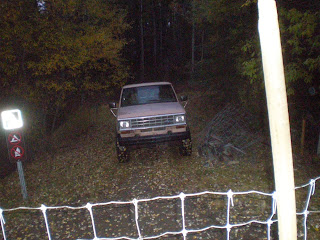 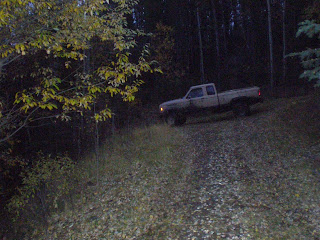 Posted by Sylvia Currie at 8:03 PM No comments:

Lisa Ritcey from the BC Bear Aware program has kindly passed along these facts and advice for Lac Le Jeune residents.

Also, here are a couple of resources to highlight:

The main thing to remember is that the bears are likely to move on if they are not rewarded for their visit. They may come into town out of curiosity or because of the smell of garbage/fruit/compost but if they do not find a meal they are unlikely to return. This is good for the bears and the people.

If bears get into our garbage they can hurt themselves. Our garbage contains broken glass, metal cans, house hold chemicals, and plastic. Leaving our garbage out can also hurt our children. Bears become habituated or food conditioned, and to children may appear as if they are safe to approach. The bears may seem calm enough but they are animals and they will protect food, their young, and their territory if they decide we are threatening any of those.

One attractant that we tend to forget about is bird seed, probably because it has no odour, and we also figure bears can eat seeds in the wild. But 1 kilo of bird seed has about 8,000 calories in it – it would take a bear almost all day to eat that in berries. There is also no such thing as a bear proof bird feeder. Remind residents that birds have plenty of food available in the summer and should only feed birds in the winter after the bears have gone to den.

Thank you again for your efforts to keep residents and the bears safe.

By Lisa Ritchey. Posted with permission.

Posted by Sylvia Currie at 9:21 PM No comments:

Posted by Sylvia Currie at 8:47 PM No comments: