Those who follow the blog will know that a group of our residents, under the direction of Marge Sidney from the Ministry Of the Environment (MOE), have been monitoring the waters of both the main lake and the little lake for the last three and a half years. Over that time we have accumulated a lot of information on the temperature, oxygen concentration, nitrate and phosphate levels and the specific conductivity. Samples have also been taken using predetermined criteria that permit identification of the plankton and phytoplankton living in the lake. We have done a minimum of 12 samples per year from ice off to ice on. We have not done any sampling during the winter months nor have we gathered any information concerning the fish.

On Monday March 2, 2015 through to Wednesday March 4; a group of students and instructors from the British Columbia Institute of Technology, directed by Marge Sidney, will come to Lac Le Jeune to perform an expanded study under winter conditions.  In addition to what we have been doing, this study will include catching fish under the ice, aging them, sizing them relative to their age, examining stomach contents, and observing what parasites they might be subject to. The bottom of the lake will be dredged in several places, which will permit evaluation benthic sediments in terms of the number and types of organisms residing there and the nutrient and minerals that are sequestered there.

Plankton, phytoplankton and invertebrate organisms will be collected from several sites around the lake using special vertical and horizontal traps. Since these are the organisms which make up the base of the food chain, information on the types present and their numbers is invaluable to maintaining a viable fishery.

The group will also carry out the same profiles we have been doing which will give information on the winter conditions that we were unable to do. We are most fortunate to have BCIT do this comprehensive winter study as it will add greatly to the information we have gathered over the past three and a half years.

Marge Sidney is really hoping that as many residents as possible will come out to witness the proceedings. The most interesting part will probably be the placement of the fish nets early Monday afternoon. There is a shallow set and a deeper set put out through holes cut in the ice with a chain saw. There will be two holes for each set separated by many metres. The nets themselves will be installed between these holes using a special tool called a jigger board. It is designed to crawl from one hole to the next just under the ice carrying the net with it. The nets are left out overnight and retrieved the next day hopefully containing fish. We will scout out areas where fish are numerous prior to deployment.

Hope to see you there, it should be interesting and instructive.

Have you seen Hardy?

UPDATE: HARDY HAS BEEN FOUND. THANKS FOR YOUR HELP!

Charlene Hanuse is doggy sitting a 1 year old black lab named Hardy.  He got out and bolted around 5:30pm today (February 15).

He is harmless, but probably a little scared.

Unfortunately, we don't have a photo at this time.
Posted by Lac Le Jeune Community at 7:58 PM 1 comment:

Several people have asked me if I remember the Baby Camp at Trout Lake.

I do have memories of it but am afraid this information may be a bit inaccurate.

The year was probably 1912? The idea was to give babies and young children a place to recover from childhood ills aggravated by the Kamloops heat.

The camp sponsored by a church group (?) was half way along the back road on the down side. It consisted of wooden platforms with a tent over the ridge pole, each had a stove. There were at least six of these.

Tents were taken down over the winter but the platforms remained. This camp did not last too many years. The women probably got too lonely or found it a hardship, carrying water from the lake and cooking and caring for small children in primitive conditions.

The tents finally disappeared and the platforms left to the elements and any camper who needed a few bits of lumber.

Those remaining platforms were a great place to play!

The following is the financial statement of the "Babies' Summer Camp" that was established this summer at Fish Lake by some of our prominent lady citizens. The receipts from subscriptions paid up are $521.75, to which can be added $48.50 for subscriptions promised but not yet collected.

There will, therefore, be a total of $570.25 receipts while expenditures for the building, six house tents and furnishings amount to $621.25, leaving a deficit of $51 which has to be met.

The committee consisting of Mesdames H.M. Fulton, Harriet A. Syme, V.T. Lee, E.J. Lee, F.E.H. Morley will be glad to receive more subscriptions as there are many other things that are required yet for the camp. The committee also wish to thank all those who have already so generously subscribed towards the movement which is an estimable one in every way.

Posted by Lac Le Jeune Community at 6:46 AM No comments:

Have you seen Luke?

UPDATE FEBRUARY 17: LUKE HAS BEEN FOUND, SAFE AND SOUND!

UPDATE FEBRUARY 16: LUKE HAS BEEN SPOTTED IN KNUTSFORD. KEEP LOOKING!

One of the TRU Animal Health Technology program dogs has gotten loose. He is a Husky, black and white and has a collar and leash attached. He is timid but likes other dogs.

He was last seen February 12th in the Springhill area by Kamloops Bylaw officers at around 1:45pm. 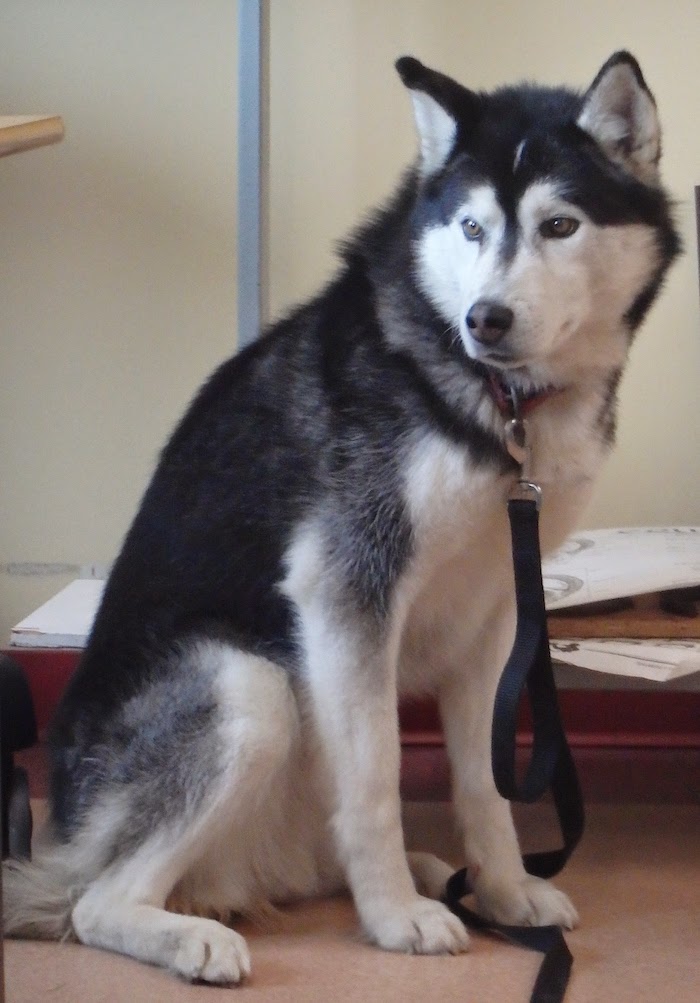 Posted by Lac Le Jeune Community at 6:10 AM No comments: 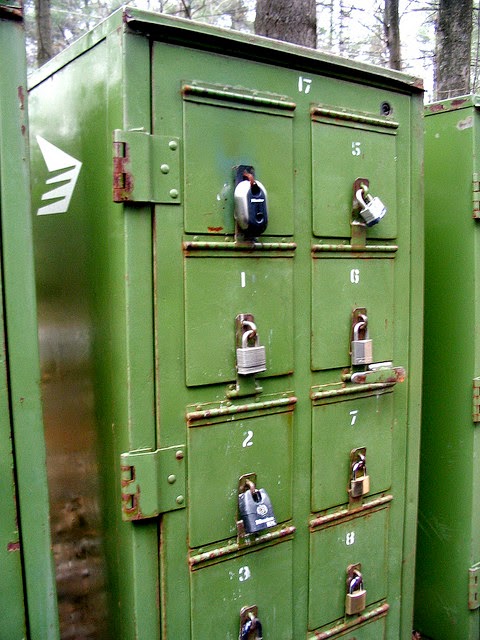 Our mailboxes have been broken into again. Leslee Lucy spoke to the postal worker who delivers our mail, and it appears the mailboxes were broken into sometime between yesterday's delivery and today's. The mail will not be delivered until the community mailboxes are repaired.

This is happening frequently. We should all check our mail daily. Some residents have opted to pick up mail in Kamloops.

Thanks to Leslee and others who passed along information about the community mailbox issues today!

Posted by Lac Le Jeune Community at 8:26 PM No comments:

Head over to Stake Lake for free cross-country skiing on Sunday, February 8. Instead of purchasing a trail pass, bring a donation to the Food Bank. Here is the top 10 list of foods they are always looking for:

Posted by Sylvia Currie at 11:30 AM No comments:

The Canadian Masters National Cross Country Ski Championships, hosted by the Overlander Ski Club will be held February 8 - 14, 2015. This event welcomes up to 500 skiers from across North America.

Here’s the competition schedule for the week:

Are you available to help out? Follow the link for volunteers.

The Masters will be followed by the Overlander Loppet on February 15. The Loppet has a rich history in the community and has always been a very successful event with over 200 participants taking part in the 30 km skating race.

Posted by Sylvia Currie at 5:44 AM No comments: