Have you seen this boat?

UPDATE AUGUST 26th: THE BOAT WAS FOUND NEAR THE PROVINCIAL PARK

This boat was stolen on or after August 22, 2015. It is a red Lund, and the motor a 9.9 Honda. The owners are holding out hope that the motor was removed and the boat sent adrift. If you have any information please call Ken and Elna Strand, 250-314-0647. 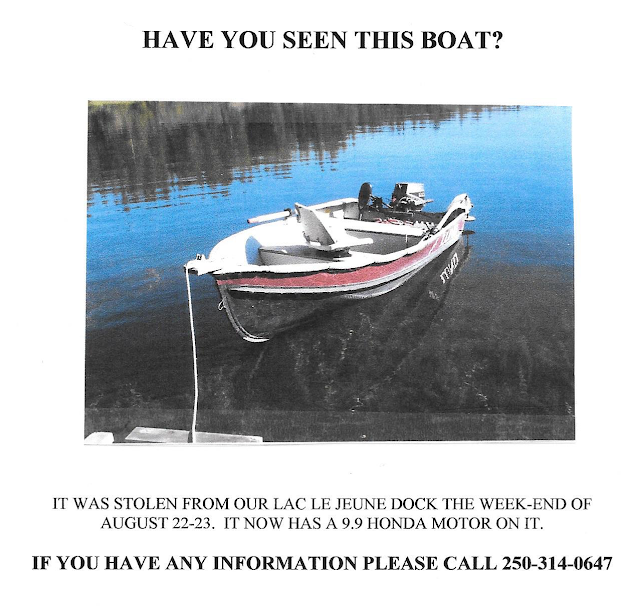 Posted by Sylvia Currie at 11:29 AM No comments:

There have been several reports of cougar sightings today -- near the LLJ Lodge, across from Wilderness Resort, and near the Provincial Park.

Visit WildSafe BC for information about attractants and what to do if you encounter a cougar.
Posted by Sylvia Currie at 2:40 PM No comments:

Most of you will have received the Lac Le Jeune Conservation Association (LLJCA) newsletter from your Area Rep. It was distributed along with the LLJCA Flyer and Membership Form. If you missed receiving yours, here's a version to read online or download and print.

These documents can be accessed any time in our Files Section. If you have new neighbours, please help to keep them in the loop by pointing them to the Lac Le Jeune blog and files.

Thanks to Jacquie Brugger for preparing the summer newsletter!

Posted by Sylvia Currie at 10:22 AM No comments:

This agenda is also available for download from our Files Section. Here is a direct link to the document.

Where: 3793 Water Street
There will be a BBQ lunch to follow for LLJCA families and guests. There will also be some fun activities for kids!

Email ThisBlogThis!Share to TwitterShare to FacebookShare to Pinterest
Labels: LLJCA

There are two new wildfires in the area, both likely caused by lightning during the night. The Long Lake fire is currently reported to be 80 hectares, and the Ross Moore fire is .009 hectares.

Keep up-to-date on wildfire information by visiting the BC Wildfire website. 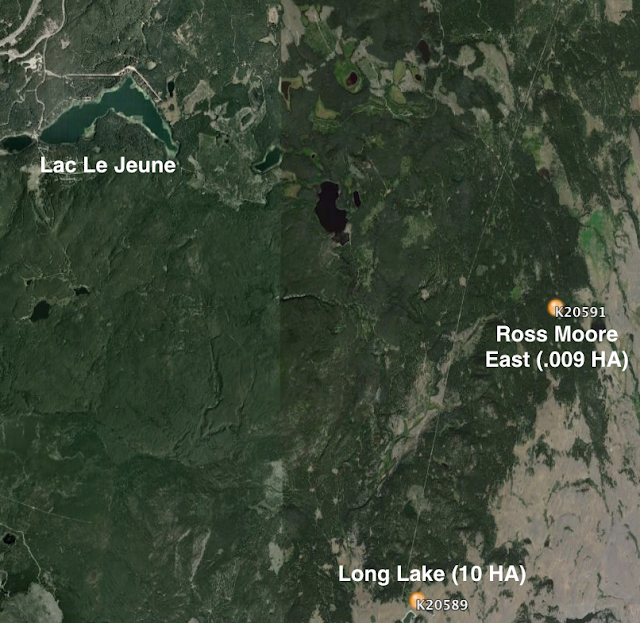 Email ThisBlogThis!Share to TwitterShare to FacebookShare to Pinterest
Labels: wildfires

Now it's really happening. Thousands of toads are crossing the old Lac Le Jeune highway for about 1 kilometre south of the Michell Ranch.

The migration started early this year, then we had some starts and stops. There were several reports last night after that rain. Thanks to Hugh Burton, Cindy Swain, Sonia Walczak, Beverley Clayton, Monica Mattfeld, and Annemarie Tempelman-Kluit for keeping us up-to-date about the toads on the road!

Please consider driving the Coquihalla for your trips to Kamloops over the next few days.
Posted by Sylvia Currie at 6:13 AM No comments:

This is a guest blog post by Georgi Clemens. Georgi is the author of the Pickles the Parrot book series, and is a resident of Logan Lake. Also, Georgi and her husband, Neil Abbott, used manage the Lac Le Jeune Provincial Park. 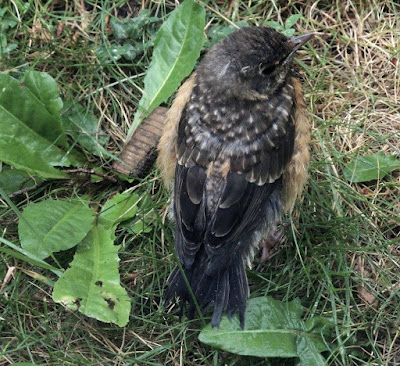 It's that time of year -- don't 'rescue' baby birds (of any species) on the ground! Here's a fledgling Robin in our yard - picture taken from a window. Mama was bringing him food.

Posted by Sylvia Currie at 7:25 PM No comments:

Watch out for the gaggle!

Of all the places to hang out, this gaggle of geese chose the highway between Lac Le Jeune and Walloper. Please stop and wait for them to move to the side, then  s l o w l y  pass through. 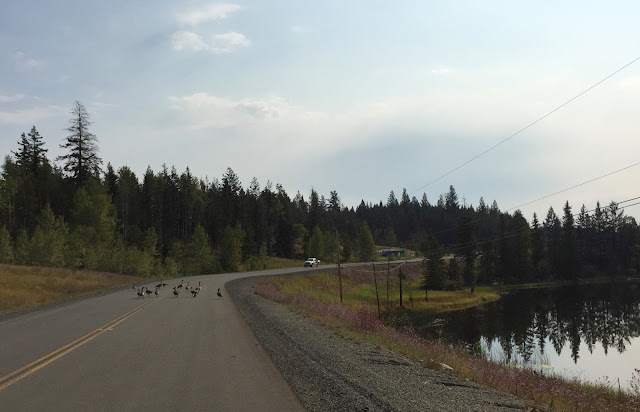 Posted by Sylvia Currie at 2:46 PM No comments: