In 1906, the B.C. Anti-Tuberculosis Association began accepting donations for the establishment of an institution for consumptives.

At the annual meeting of the Association, at Victoria, in early April 1907, Dr. C.J. Fagan, provincial heath officer, remarked that through the efforts of members of the provincial legislature and British Columbia senators, "the Dominion Government has granted us the right to take up four hundred acres at Fish Lake, in the Kamloops District." Dr. Fagan was recommending that when the snow had gone, a site be planned and the information be sent to Ottawa, so a grant might be favored the Association. He was recommending the building of a few small chalets and tents.

Sites, at a lower elevation were being looked at as well and the committee voted the area of Kamloops Lake.

Dr. Fagan spoke to City council, June 6th, and he and R.H. Lee went to Fish Lake to survey the ground. At the next meeting of Kamloops City council, another, Ald. Hargraves, spoke of not wanting a sanitarium at Fish Lake.

As well as looking at the Fish Lake site, a 160-acre Lyon's ranch at North Bend, and 6 locations in the area of Savona, the society, in late July 1907, optioned property, at Tranquille, on Kamloops Lake.

~ submitted by Neil Burton ~
Posted by Lac Le Jeune Community at 6:00 AM No comments:

We are still in need of loving homes for a few remaining animals from the TRU Animal Health Technology (AHT) program winter semester.

If you are interested in adopting a cat or dog from the AHT Program or you know someone that may be interested PLEASE call 250-828-5174 to make an appointment to view the available animals. We still have 2 dogs and 3 cats that need homes.

You can also check out our pet adoption website at www.tru.ca/science/programs/aht/adoptions

All animals have been spayed /neutered, vaccinated, microchipped, tattooed and dewormed. The current adoption fee is $75.00.

We look forward to hearing from you!

On Tuesday, March 3, 1914, a Whist Drive, under the auspices of the 102nd Rocky Mountain Rangers' "B" Company, was held at the drill hall, in Kamloops. The netted funds were turned over to aid the Baby Summer Camp at Fish Lake, within a couple of weeks.

For St. Patrick's Day, the ladies of the Kamloops Social Club held an afternoon tea and evening of dancing, at the Italian Band Hall, on Seymour Street. This function was a financial success and the group handed the Baby Camp committee $25.00.

The Baby Camp, at Fish Lake was in operation, in July, and accommodation was available.

(Note: With the onset of World War I, Kamloops Press Ltd., began printing both the "Kamloops Daily Standard" and its bi-weekly paper. It appears that not all issues of the paper were available for microfilming.)

Posted by Lac Le Jeune Community at 8:54 PM No comments:

Bears in the hood!

It's that time of year! A bear has been hanging the upper subdivision lately. He seems to already has a taste for garbage.

Please, refrain from filling the bird feeders and never leave garbage or pet food outside.

The WildSave BC website has some good information about how to prevent human-wildlife conflict. Some neat photos, too!
Posted by Sylvia Currie at 8:56 PM No comments:

Once again our community mailboxes were tampered with. This notice, dated April 14, was taped to the front of the boxes. The letter states that the incident occurred on or around April 12, 2015. 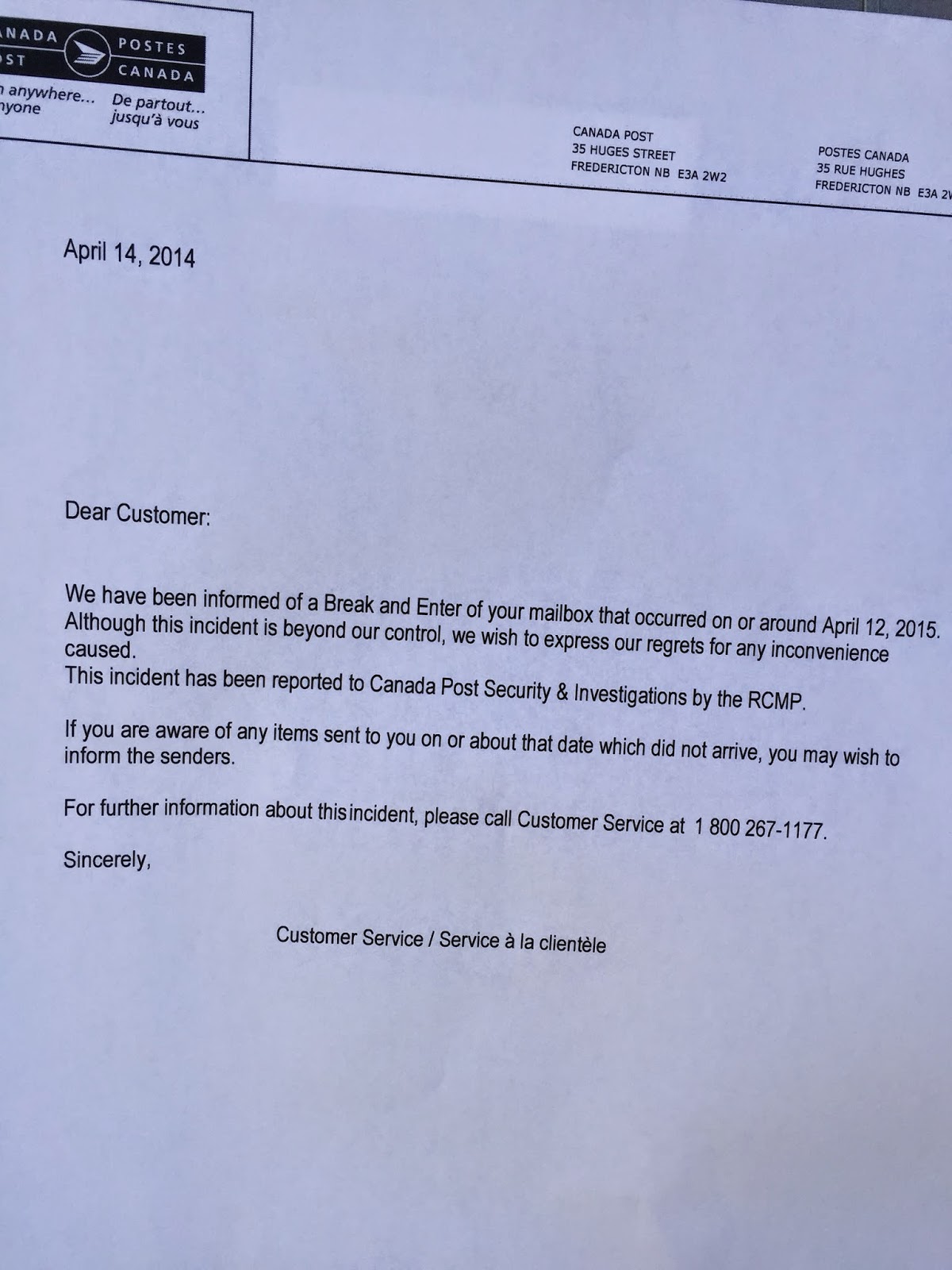 Posted by Sylvia Currie at 9:01 PM No comments:

This photo was originally posted on the Kamloops WildSafeBC page but because of developments in the story it is something that we should share throughout the province. This young bear was photographed around April 6th, 12 km. out of town, eating grass and doing what a bear should be doing at this time of year.

Unfortunately, people, either through ignorance or just wanting to see a bear up close, have started feeding the bear. Reports now have the bear approaching vehicles that stop in the area and its expectation is to be fed.

We know how this will probably play out. The bear, as it grows, will become more aggressive in its search for food from humans and at some point will become a safety risk and may have to be destroyed.

The solution is simple: don't feed bears. If you see people feeding bears please contact 1-877-952-7277 to report their activity.

Posted by Sylvia Currie at 8:24 PM No comments:

Posted by Sylvia Currie at 8:10 PM No comments:

In early March students and instructors from the British Columbia Institute of Technology came to Lac Le Jeune on a limnology field trip to study the lake under winter conditions.

Marge Sidney, Environmental Protection Division - BC Ministry of Environment, is working with this group of students and the Lac Le Jeune Conservation Association to expand the lake monitoring program.

Thanks Tyler Farley and Marge Sidney for sharing these informative and entertaining videos. Be sure to turn up your speakers for the second one!

Posted by Lac Le Jeune Community at 6:26 AM No comments:

The View From Here


"Participants were asked to explore, in fibre, their sense of place in Canada, considering its history, environment, the people, culture [including food, outdoor activities, music] and its uniqueness."

(click on image for a detailed view)
Posted by Sylvia Currie at 5:24 AM 5 comments: